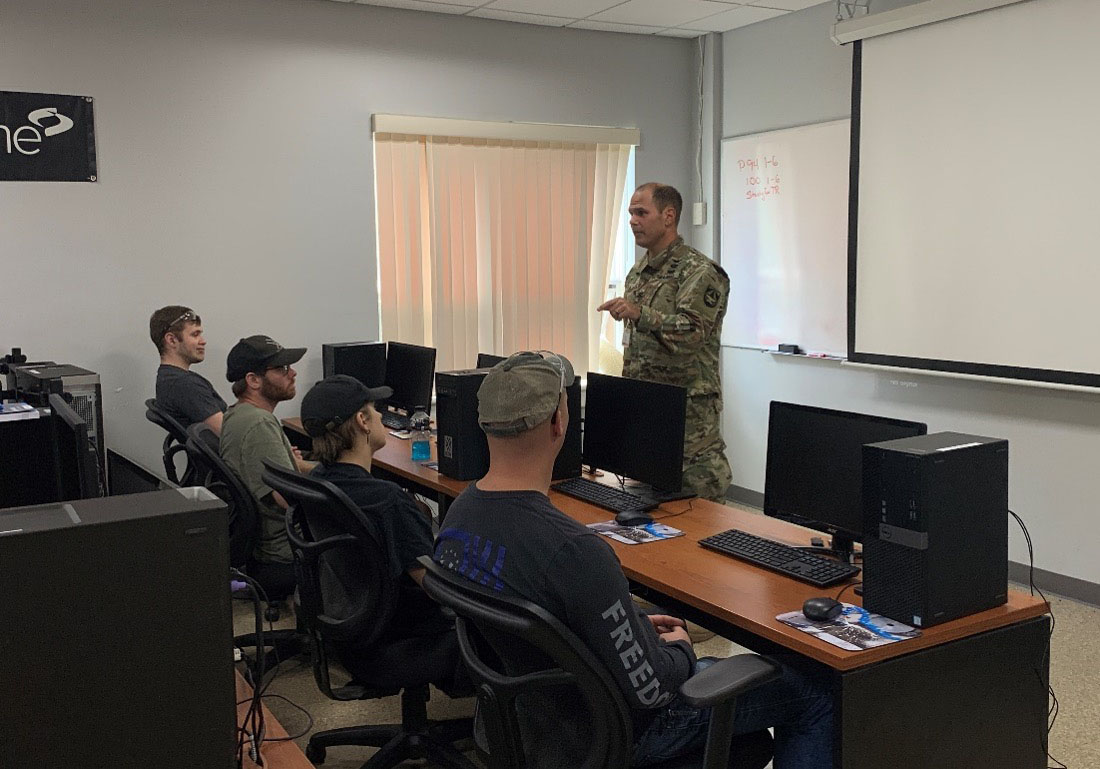 COL Highley made two stops at GSP en route back to Virginia coming from an earlier visit to Beta Technologies in Burlington, VT. He was invited to Brattleboro by long term colleague Kurt Kwader, serving as the Lean and Continuous Improvement Leadd at GSP. The first stop involved a tour of the new and improved G.S. Precision School of Manufacturing Technology at 343 John Seitz Drive. While there COL Highley took the opportunity to address the new cohort of 15 students just starting 22 Aug now in their second week of training, “…your proximity to the target does not necessarily correlate with your importance to the mission…” Speaking of the over 200 parts GSP employees manufactures for the General Electric (GE) produced T-700 engine which powers the Apache AH-64E Army Attack helicopter. COL Highley commented in 1000’s of training sorties and dozens of combat missions no flight was ever srubbed due to part failure, “…which is an attestament to the work you all do here and that your predecessors have done.” 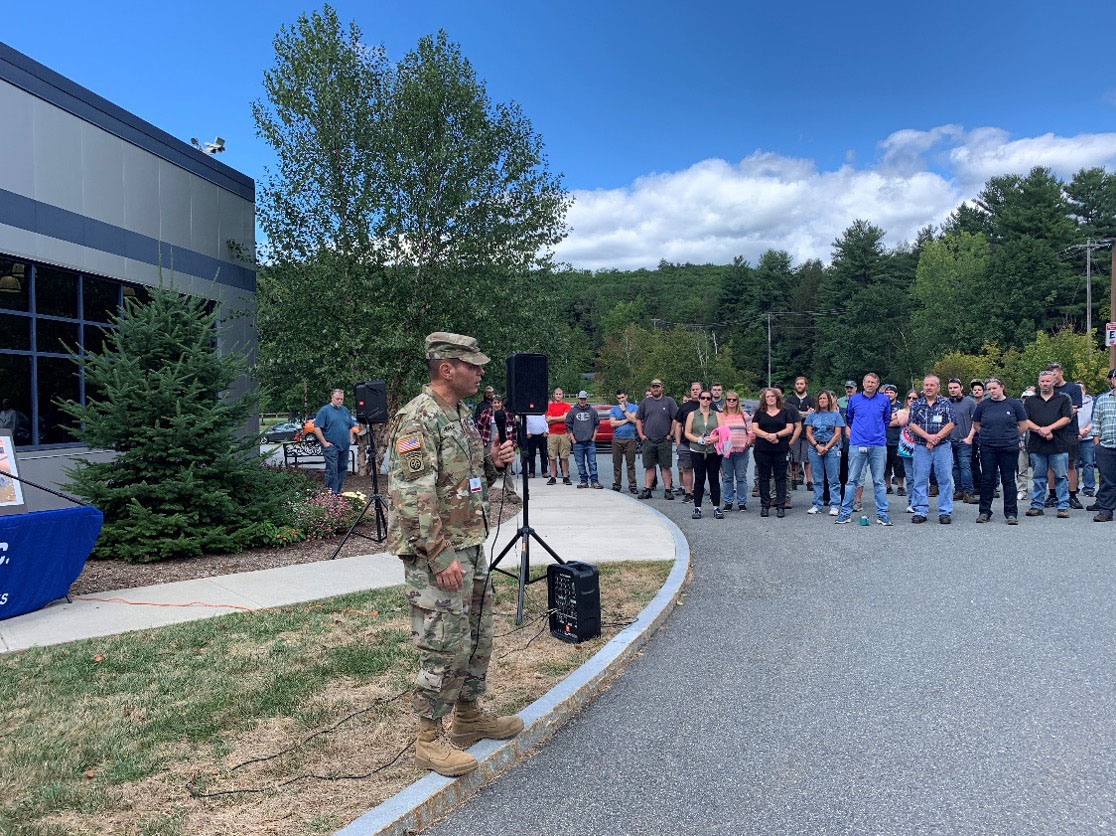 The next stop was just north down John Seitz Drive to 101 which is the headquarters building for GSP. There COL Highley addressed a broader audience of over 80 employees coming from all departments within. Again, his message was delivered crystal clear that just because they are not physically involved in combat, “…the work that you have done is there, the product that you have provided is there, that’s what is making that person(on the ground) successful.” COL Highley touted the AH-64E the greatest attack helicopter in the world, serving the best Army in the world serving the best country in the world.

COL Highley’s uplifting words and messages of the importance of their work boosted morale and sense of urgency and attention to detail in a company that already exceeds world class standards in On Time Deliveries and Quality.

About G.S. Precision
G.S. Precision is a global leader in the manufacture of critical components for the Aerospace & Defense Industries. They are a team of over 700 dedicated people in facilities totaling 315,000 square feet in nine integrated locations in three countries. GSP leverages their 60+ years of experience along with investments in the latest technologies to engineer processes that yield consistent and competitive results with superior quality.