If we can measure it… we can make it!

The event’s food was catered by local Monadnock Vending with entertainment for kids including – bounce houses, dunking
machines, and inside tours of the manufacturing plants.

G.S. Precision’s President / CEO also took the teams volunteers on a tour of the Main facility at 101 John Seitz Drive in Brattleboro.
The tour was one of the highlights of the event featuring a behind the scenes look at what G.S. Precision does within its facility.

Pictured below are the team’s Captain and Coach receiving the donation from G.S. Precision’s President and CEO Matt O’Connell. The Colonels off a 2019-20 season record overall of 12-0 and League record of 7-0 with a state ranking of 3 and state division rank of 1. 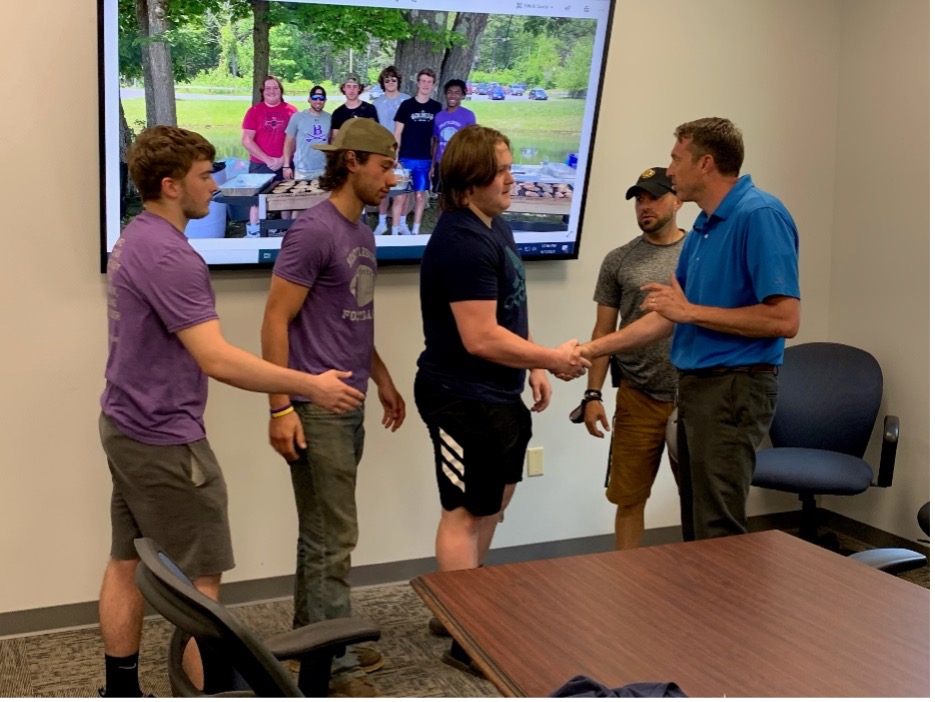 G.S. Precision is a global leader in the manufacture of critical components for the Aerospace & Defense Industries. We are a team of over 600 dedicated people in facilities totaling230,000 square feet in five integrated locations. We leverage our 60+ years of experience along with investments in the latest technologies to engineer processes that yield consistent and competitive results with superior quality.