Brattleboro, VT, August 22, 2022 – At the GSP School of Manufacturing Technology, students not only learn how to operate precision machining tools, they also earn a paycheck, working eight-week rotations in different departments in Brattleboro.

“This is a really great opportunity,” said Jamie Young, 25, who’s been working in the G.S. Precision’s Keene, N.H., facility since November. “I’ve never heard of anybody paying me to come and gain knowledge.”

Silva, who’s been with the company for six years, said the only requirement is a student must have graduated from high school.

“Typically, we get college-age kids, but there are other people who are starting a new career,” he said.

The students work four eight-hour days followed by two hours of class time and get a three-day weekend, unless they want to work on a Friday, said Silva.

During the course of their training, the students perform their shop rotations, either in Brattleboro or Keene, where they familiarize themselves in different aspects of manufacturing, including operations, machining, quality, finishing, production control, maintenance, and engineering.

“They’re typically new to machining and to our company and at the end of the program they get to choose, and we try to work with them to find the best fit for them,” said Silva.

After the two-year training program is complete, students receive college credits from Vermont Technical College and are obligated to spend the next two years of their careers at G.S. Precision.

Calvin Atkins, a 2020 graduate of Hinsdale, N.H., High School who now lives in Keene, worked as an electrician for a couple of years before signing on with G.S. Precision.

“Free college? You can’t say no to that,” he said. And though he’s basically working a 10-hour day, four days a week, Atkins said getting paid to work while not accruing college debt is an added bonus.

Liam Woods, of Brattleboro, who graduated high school in 2020, had been working at G.S. Precision for about a year-and-a-half before applying to the school.

“My parents both work here, and they kind of talked me into working there,” he said. “And I don’t regret sending in an application [to the school] at all whatsoever.”

“What’s the inhibitor to growth right now is how fast we can get skilled trained folks, machinists, engineers, quality folks, inspectors … there’s a variety of talent that we need to continue to sustain,” said Matt O’Connell, president and CEO of G.S. Precision.

The school, which has been operating for nine years, has proven incredibly successful, he said.

“We retain about 75 percent of the folks that go through the school.”

McConnell, who described G.S. Precision’s operations as “an ecosystem of talents,” said the company currently employs more than 700 people in its facilities in Brattleboro, Keene and Laconia, N.H., Aldershot, U.K., and Guaymas, Mexico, and could use 100 more just in Brattleboro and Keene.

“We also do a lot of work now with some space folks,” he said. “I don’t want to mention the name specifically, but it’s one of our fastest growing [contracts].”

G.S. Precision was founded by George Schneeburger, a Swiss immigrant, as a one-man, one-machine shop in Wilmington in 1958.

Instructor Sam Duquette, who started with G.S. Precision straight out of Keene High School in 2011, said he’s excited to be teaching the students, many of whom he knows from working on the shop floor.

“It’s personally rewarding to be helping them with their careers,” he said.

Jeff Higgins is a professor at VTC and the director of the GE-Aviation Apprentice Programs, the GW Plastics Manufacturing Technology Leadership Program, and the GS Precision Advanced Machinist Program.

“We have five of these [classes] at GE in Rutland,” he said. “We have one at Global Foundries. We have one at GW Plastics as well. And so what’s happening, we’re not producing enough traditional graduates. The companies are stepping in and saying we’re going to do it ourselves, but we need your help. So our faculty teaches the program, it’s our curriculum.”

“It’s just so so rare and such a treasure in our own backyard for the community to take advantage of and a great way to get college credit, get a paycheck, learn a trade career in advance,” said Kurt D. Kwader, lean and continuous improvement leader. “We’re very hopeful that that this creates roots and longevity.” 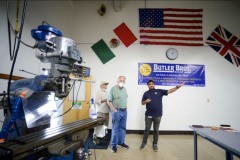 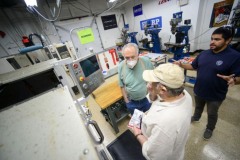 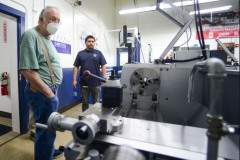 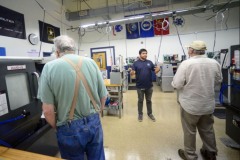 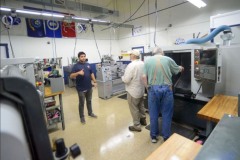 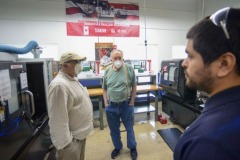 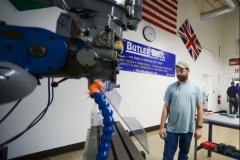 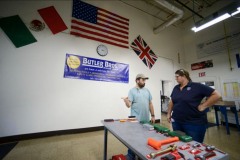 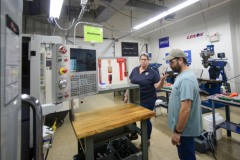 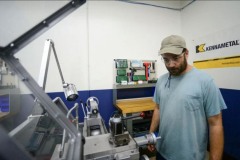 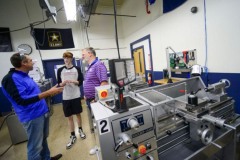 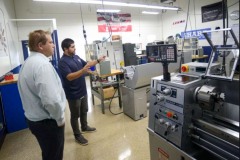 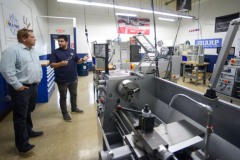 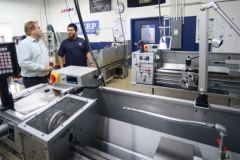 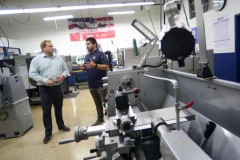 Based in Brattleboro, VT, G.S. Precision is a leading manufacturer of complex, high precision components and specialty hardware used in a variety of mission critical aerospace and defense applications. For more than 60 years, the Company has utilized state of the art, proprietary manufacturing processes and technologies to deliver a diverse set of components, used in both new production and the aftermarket. For more information, please visit www.gsprecision.com.